Published on 4 months ago

Today I'll be taking a look at the iceberg of Subnautica theories and conspiracies. We'll be going down the list with me explaining every entry, all the way from the surface into the deep dark abyss below. Ready for the deep dive? Well then put your tinfoil hat on and let's go!

Thank you for watching, come back again!

The Last Bacon . 4 months ago

Shoutout to our epic discord community :) If you guys haven't join yet, you should really consider! We do giveaways, events and you can just directly talk to me! https://discord.gg/KrvBJPD

I actually made a base that went from the sea emperors base through the teleporter to the QED, so I had a full base that existed in depth 1300 and 150 lmao

me undocking my prawn: everyone else in the cyclops at the ocean floor Toastmarine fell out of the world

First i didnt know about sandy hook when i saw it on wikipedia it was so tragic :(

Moral of the story: Go back in time, prevent Sandy Hook, and boom, guns in Subnautica.

at around 19:52 he says: "the content of these would be voted on by the community the best ones would then appear in peoples games." i found a timepod containing a RAW PEEPER and the picture litteraly was a picture of the sea and saying:"THIS IS AN PICTURE OF THE SEA" just how. HOWWWW

@The Last Bacon - Arctic Zone is in the Tropics is referring to the end of the game, in which the player is passing by the planet right before it goes into warpspeed, if you look at the planet, you can see that there is a vast, icy continent in the middle of the planet :)

Ngl this is pretty weak and boils down to “a lot of players think this would be a cool feature in the game”. When most people think of icebergs, they’re about little known facts only discovered by the deepest delves into lore and theory. Good video I guess. But boring iceberg that honestly didn’t deserve a video.

The classy baryonyx . 2 days ago

Every copy of subnautica is personalized

oh crap! I totally forgot the Terraformer tool was in the game! I just started a new playthrough after a few years ago.

I just wish I could switch between game modes. Do creative and switch to hard-core. For fun sake.

A reaper DID follow me into the safe shallows once. In peace, may it rest.

The arctic stuff is referring to the ending cutscene, where you see what looks like an arctic biome on the planet's surface. The PDA voice seems to be based on "Emma" from Naturalreaders text-to-speech. The time capsule claim is that you're not really seeing them from other players, but that they are randomly generated (kinda like how Death Stranding manipulates the asymmetric content).

The Mitch Zone . 3 days ago

The sea dragon animation thing is true. I remember seeing it in creative a long time ago.

What's with the O2 monitor on the screen

The "Arctic Zone is in the tropics" one is referring to Sector Zero being near the equator of planet 4546B.

It's weird when I look up "Peeper Leviathan" on Google, I get nothing....

Interesting to think that Genghis Khan had some influence in this game.

the transition sound sounds creepy, is that a slowed down reefback?

I am surprised that the crabsquid sounds are not on the iceberg. They were inspired by the mutos from Godzilla 2014 and many people don't know that.

Actually if you dont make or repair your radio.... you can easily disable the alien turret since the sunbeam wont be coming. 200IQ solution

How the hell is "all fauna is one sex" some sort of deep dark when it's literally just one of PDA entries? So much of this iceberg is downright dumb.

He said one cex

The stalkers never attack Me i dont know why

Wait, what if Riley never made it to the end to escape and the warpers went chasing after him in space?

If you look hard enough at 1:48 you can see a ghost leviathan

What about the door above the emperors tank that you can never seemingly get to tho??

The pawn suit is literally just named after a bottom feeder

13:35 honestly swimming in a circle keeps most enemies from hitting you and instead giving up

It’s funny that they made up a fake reason they can’t land, since they get far beyond the clouds. Also you can kill reapers and such, so if they’re limited in number you can presumably kill all of them and explore easily

Even if creatures in subnautica are only one sex, I’ll still label the ghost, reaper and sea dragon leviathans as males and sea emperor as female

What’s more scary is how Minecraft as a game is somehow tied to this lol.

Kazuli The Seawing . 1 week ago

I've done this a bit, get bunches of crash fish eggs in an aliemt containment area, breed em, then pick em up once they're ready. You can basically use them as ammo.

That slithering noise is so off putting.

The no-crush depth in the sea emperor tank is basic physics. Should be above the "iceberg". 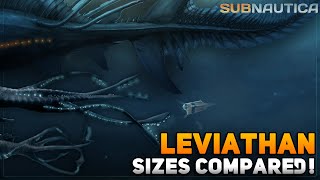 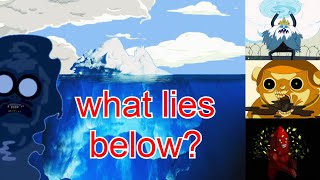 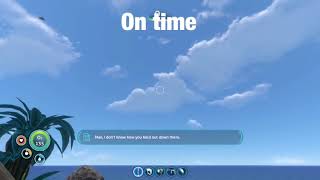 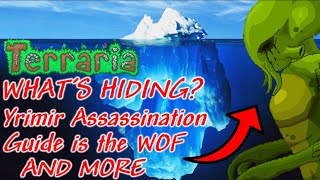 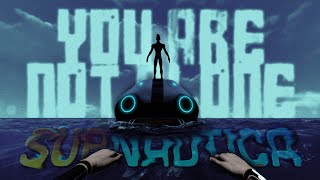 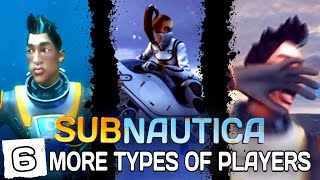 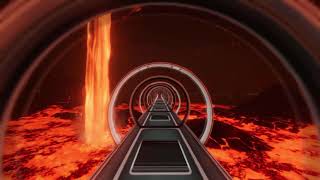 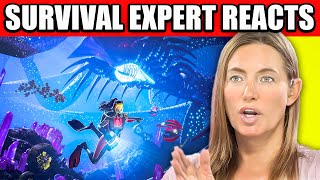 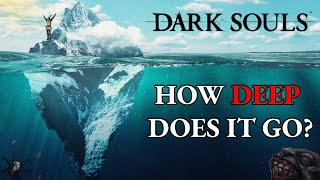 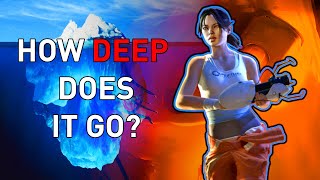