Baylor dominated from wire to wire to defeat Gonzaga and win the 2021 National Championship! The Bears won their first title in program history behind 22 points from Jared Butler and 19 from MaCio Teague. Watch the extended highlights here.

Watch highlights, game recaps, and much more from the 2021 NCAA Division I Men’s Basketball Tournament on the official NCAA March Madness YouTube channel. Subscribe now to be updated on the latest videos: http://www.youtube.com/marchmadness?sub_confirmation=1

The 2021 Baylor Bears were one of the greatest college basketball teams of all time. The rare college team that was elite on both offense and defense.

Zags couldn't handle the dribbling ability of Baylor and were on skates the entire night.

Dear NCAA thank you for the games but the stance your making pulling venues for political reasons is wrong you do not play you just govern and not doing to good at that ie the gym for the women was six dumb bells and you want to make decisions so your rainbow kids can feel good, you make alot of money have a special tournament for them because after going through all that there is still only male and female. and if you pulled a venue for politics shame on you and hope you get sued. Then the kids at some of the schools playing the hearts out in tourney at least you could do is buy them a new pair of shoes some of those uniforms looked homemade they making you millions i mean billions common man and then were is your spokes person oh yeah your the greatest that doesnt have to answer to anybody.

Zags couldn't handle the dribbling ability of Baylor and were on skates the entire night.

right out of the gate. Thanks for winning me my bracket 🐻

This is what happens when you have a soft schedule and dominate all year then you run into the team that knows they are better than you and has been waiting to prove it. Gonzaga got violated and didn't know what to do. It's always better to lose a game during the regular season so ur not expected to go undefeated. Baylor has been ready to play this game since the first one was cancelled.

Gonzaga was like, "okay another game to win" Baylor was like,"not today"!

Baylor did a great job. They honoured and came to play. You could see the energy the played with vs Houston. All the announcers picked Gonzaga to win. When the games was over I believe then didn't go back to the announcers it was funny. I remember Magic Johnson was playing undefeated indiana State had not lose. It is a blessing for God to bless them. The coach talk about being blessed. I am happy for them. If God is for u who can be against u. Romans 8.31

One thing about these highlights is it doesn’t show you how dominant Baylor’s defense was!

Best 3 guard tandom I have ever seen !!!! Go Baylor

Baylor earned that championship. Gonzaga needs to challenge themselves next year by playing team that will prepare for the tournament. Basketball is about being battle tested. I respect both programs but Baylor was battle tested.

the dogus conroy . 1 week ago

They did it for Elgin Baylor. Rest In Peace Elgin

Gonzaga didn't play anybody in their schedule was proven

Gonzaga is not #1 team. Period. If Gonzaga is in ACC, Big 10, or Big East, Gonzaga would lose at least 7 games during the season.

Gonzaga was legit this year they woulda coulda shoulda won it all. But Baylor simply outplayed them and wanted it more. Way to go BEARS!!! PS. credit the west a bit. The western conferences (pac12) had some awesome teams this year!

Mitchell feels like an clone of Russell Westbrook. He could end up being a dominant point guard down the road in the league.

First time in history I got both championship contenders and the winner correct. This will never happen again.

Took the final game of the season to expose Gonzaga's weak schedule they played all year.

Gonzaga problem is the league they play in.

The way Baylor played tonight, they could of come close to beating a few NBA teams. Probably not, but The Bears have at least a couple future pros out there.

Baylor had so many mismatch in this game

NCAA will rank Gonzaga #1 somehow going into next season. ALL year they will talk about a great well coach team that can beat anyone. Same result or worst. Gonzaga should apply for a PAC 12 spot. Jus sayin

Baylor been doing this all year. Gonzaga had NO CHANCE at all. 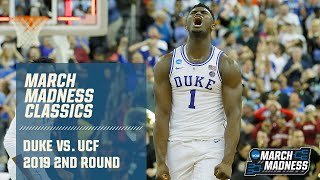 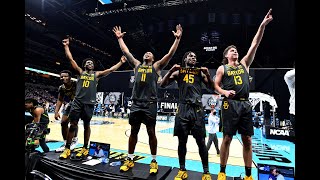 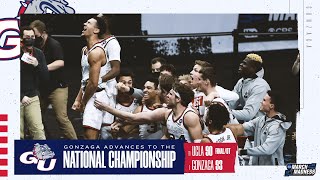 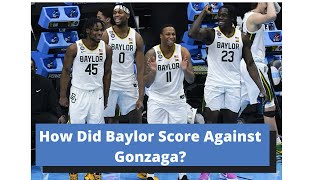 08:54
How Did Baylor Attack Gonzaga's Ball Screen Defense? And Why was Baylor Successful Scoring...
2 weeks ago - 2,573 views
UnforgivingHoops 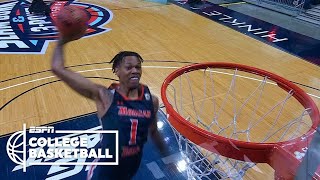 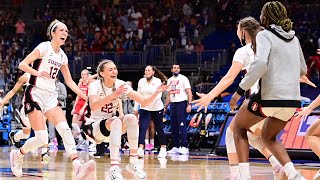 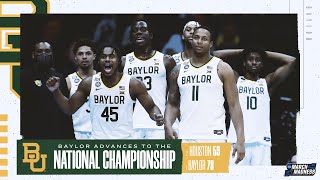 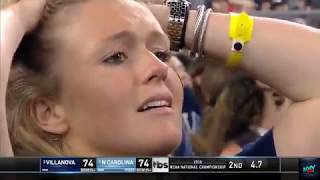